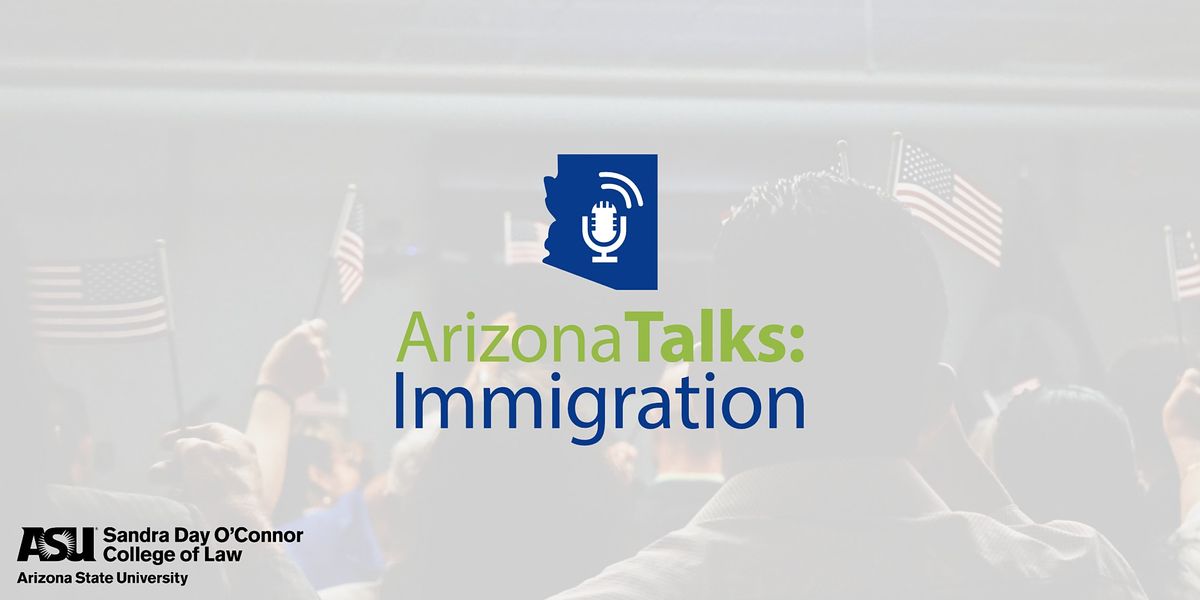 Advertisement
A nation of immigrants? Reception and Policy Panel
About this Event

The United States has long been considered a nation of immigrants. However, the laws and attitudes on immigration have historically been both welcoming and exclusionary.

The Pew Research Center estimates that most immigrants (77%) are in the country legally, while almost a quarter are unauthorized. In 2017, 45% were naturalized U.S. citizens. This includes about 700,000 DACA recipients nationwide, and over 23,000 in Arizona, according to the most recent data from USCIS.

With a significant influx of migrants at the U.S. southern border and new priorities under the Biden-Harris administration, immigration policy is at the forefront of the national conversation.

The battle over immigration reform Immigration has been a hot button issue since the founding of the nation. It is fair to say that a majority of people want immigration.

Yet, it seems like we are living in a time of great partisanship, where the extremes are driving the political conversation. Can we identify, What are the biggest challenges to immigration reform? What are the major disagreements on reform? What can citizens do now?

“We can't go on forever with 11 million people living in this country in the shadows in an illegal status. We cannot forever have children who were born here - who were brought here by their parents when they were small children to live in the shadows, as well... What's changed, honestly, is that there is a new appreciation on both sides of the aisle, maybe more importantly on the Republican side, that we need to enact a comprehensive immigration reform bill.” - John McCain

Rep. Leo Biasiucci, R-Lake Havasu City, and 23 other legislators wrote to Gov Ducey to condemn the border crisis. “We are witnessing a surge like we have never experienced before,” the coalition wrote. “In April of this year, you took the lead and asked President Biden for resources to assist in the influx of illegal immigrants. To this day, the Biden-Harris administration continues to ignore the safety of our citizens and has allowed the nation’s border to be overrun.”

“The Biden administration can and should correct this perception and work to deter individuals from making this dangerous journey and sending their children to do so,” Arizona Gov. Doug Ducey said during a visit to the U.S.-Mexico border recently, blasting the Democrat and his administration for being "totally divorced from the reality on the ground."

Public Policy - Now, new legislative action at the state and federal levels are putting this issue in the national spotlight: