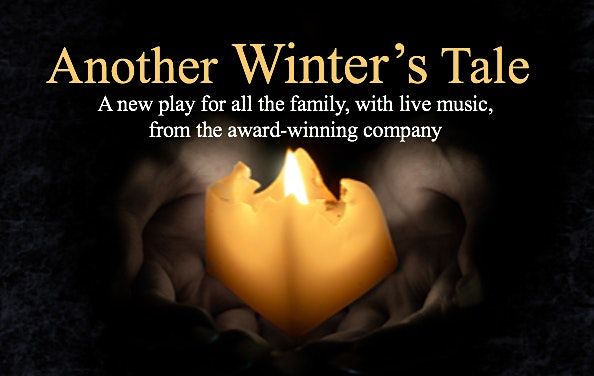 Two characters, eternally on the run, but from whom or what?

Sheltering from the storm outside, they share the tales of distant times and faraway lands, awaiting...

Who are they, what’s their story? Friends, innocents, showmen, or something a little more intriguing?

Only time will tell…

A new theatre show, rich in original live music, designed for all audiences, it’s a journey through the shortest days, before the new life of Spring. It draws upon tales of deepest winter from Japan, Russia and across Europe, as well as those from nearer to home.

The show is directed by Jenet Le Lacheur who has performed as Hamlet (St Paul’s, Covent Garden) and in Harry Potter and the Cursed Child and James and the Giant Peach (Colchester Mercury Theatre). Jenet continues to work with the Royal Shakespeare Company on their Redefining Juliet project. Film credits include the new musical, Cinderella and All the Money in the World (Ridley Scott)

Roberta Bellekom is The Stranger and has recently performed in the acclaimed Villain Interrupted at the Ecetera Theatre, London. following an extensive tour in David Walliam’s Awful Auntie playing the West End and major UK theatres. Prior to that she appeared in Dogwood’s, No Finer Life, (The Pleasance, London, also BBC Radio 4). She is a veteran of the Edinburgh Fringe with her one-woman show, Last Petal Falling. A member of several improvisation companies, she is also a qualified stage combat fighter.

The Other Stranger is played by award winning composer Alastair Collingwood who has also composed and performs the show’s live music. Alastair has written scores for shows including Betty in London’s West End, directed by Kathy Burke, and Cora with Dana Gillespie. His TV credits include the title music for French and Saunders, Mad About Alice, Rhona, and How Clean Is Your House? amongst many others.