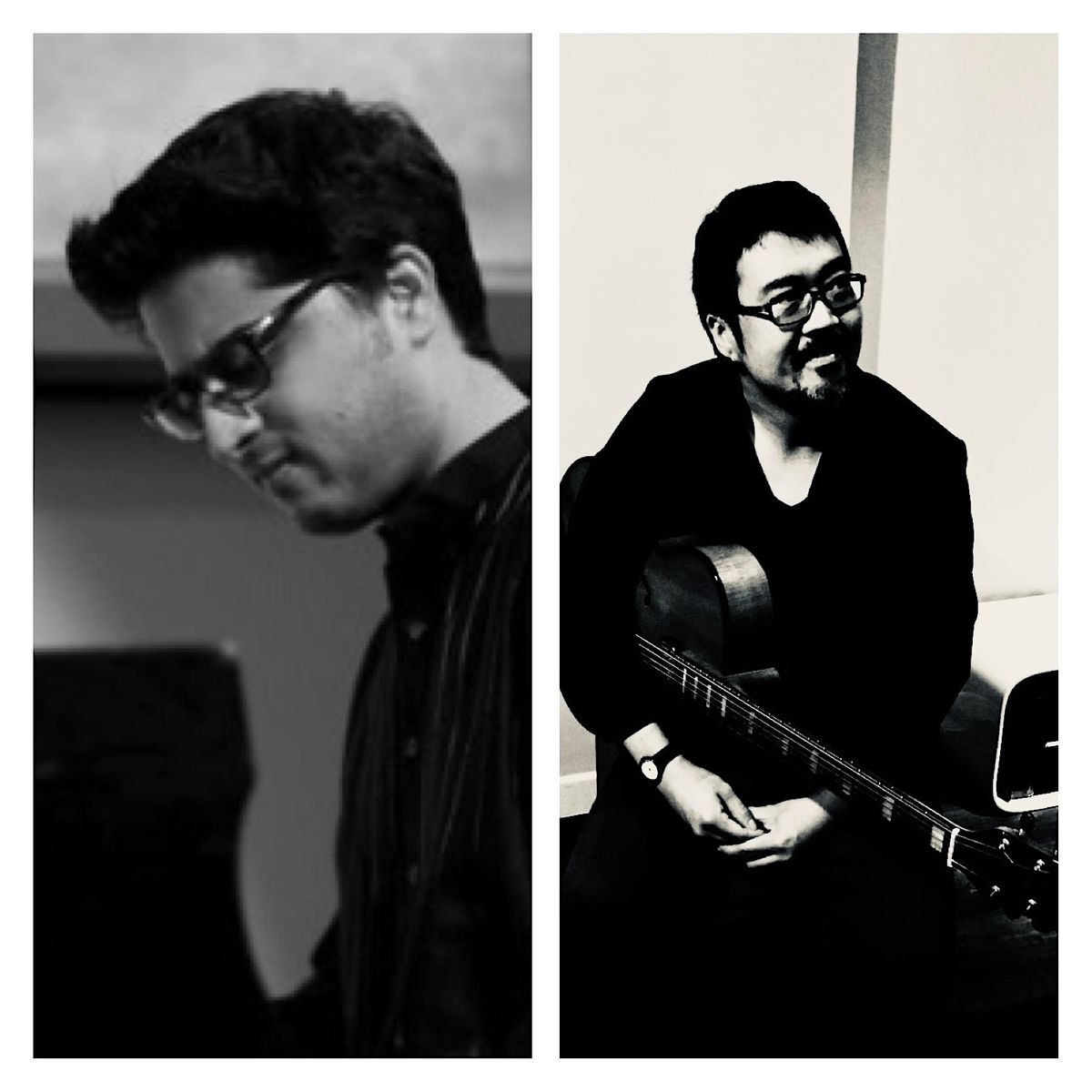 Advertisement
Two of the most compelling voices in jazz currently in Singapore, meet at the Jazz Loft for 2 spellbinding nights of joyful interaction.
About this Event

A duo conversation is often times naked, intimate, exposed, open ended and searching. When both parties are as deeply steeped in the language of jazz as in this case, we are likely to witness authentic epiphanies happening live on stage. We are blessed to currenly have these two musical giants among us, though Sharik will soon be returning to the USA.

Two nights not to be missed as we get to witness that musical dialectic unfold before us from two of the most compelling voices of their generation.

Cover charge $18 for both sets.

Andrew has been an integral part of the jazz scene in Singapore and abroad since 2001. Over the years, he has performed on local, regional and international platforms. Playing at these festivals, and in clubs all around the world has enabled Andrew to perform with musicians across all generations. An active performer, Andrew moved to New York in 2011 and has played at notable Jazz venues including the famed Blue Note, Jazz at Lincoln Centre, Dizzy’s , Zinc Bar, Smoke, Mezzrow.

Andrew is currently based in Singapore to serve as an NAC Scholar, and continues to contribute to the local cultural fabric as an educator and musician. Besides lecturing at LaSalle College of the Arts, he was also a mentor in the Mosiac Jazz Fellows program. He has recently been invited to be a Mosaic Associate Artist with the Esplanade and have led his trio to play at the 2019 edition of Tokyo Jazz Festival . His reverence to melodies and soulful style have endeared him to audiences throughout the world as well as the musicians he’s worked with.

"Andrew has a very clear and distinctive style,and has created his own voice on the guitar, something that only the highest level players do."

Sharik Hasan started his tryst with the piano at the age of five and by 16, had completed the curriculum of the Royal School of Music, London. He then went to the United States to attend Oberlin College and Conservatory of Music.

In 2007, Hasan relocated to Paris for two years to study at the Bill Evans Piano Academy where the young pianist integrated quickly into the jazz scene, playing in international festivals with his trio. He was subsequently awarded a scholarship to Berklee College of Music where he was selected to be part of a special honours program—the Berklee Global Jazz Institute, under the tutelage of Danilo Pérez.

Hasan’s latest album with MND FLO, entitled From Time (2018), features his original compositions, which embody an eclectic blend of cultures and acoustic-electric soundscapes. His fluid improvisations convey a natural sense of storytelling, all the while demonstrating an equal fluidity in jazz and Indian classical idioms.