All of Our Parents Are Asian: Comedy Show! 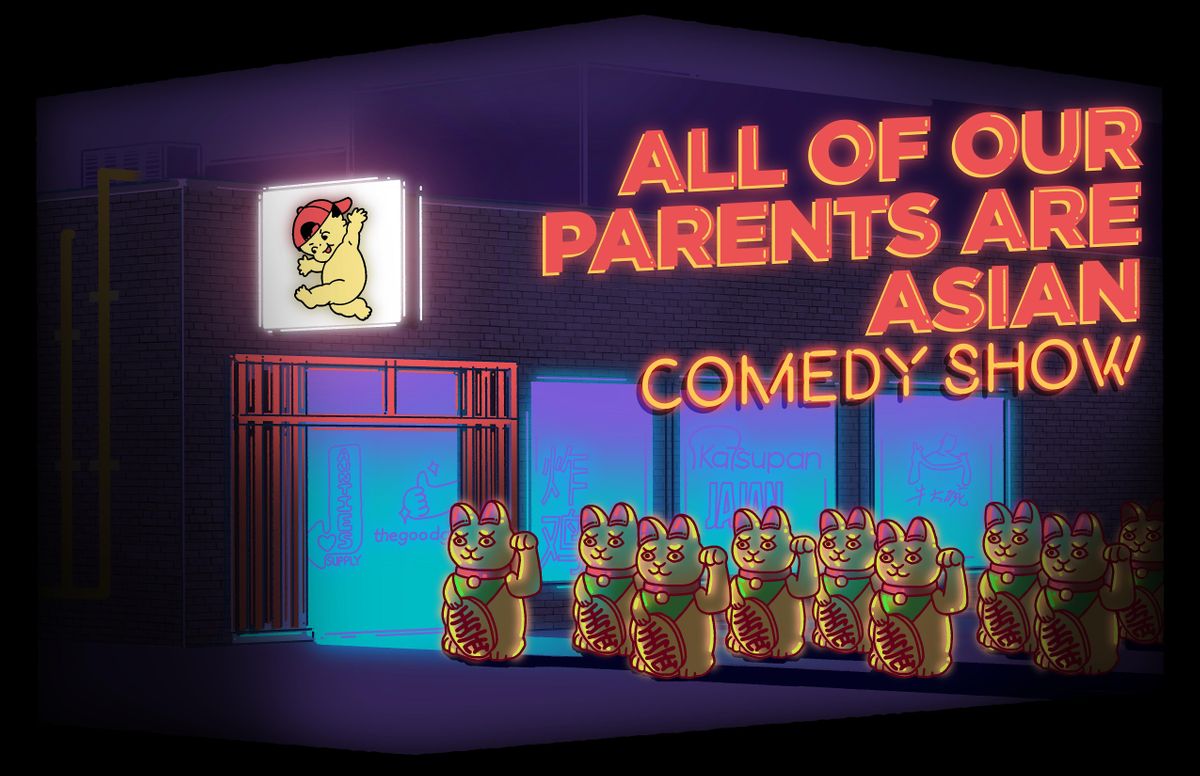 Advertisement
A comedy show featuring the best Asian comedy troupes in the city, highlighting the best of Asian culture, at Superfresh Asian night market!
About this Event

Bad Dog Theatre and Mahjong Mafia are bringing the award-winning all-Filipina group, the Tita Collective, who recently won the Just For Laughs Award and runaway comedy hit show “All Of Our Parents Are Asian” featuring Affirmative (Re)action to one of the coolest and unapologetically Asian hubs in Toronto. Come early and hungry for the show because it takes place at the legendary Superfresh! The show will sell out so get your tickets now!

Bad Dog Theatre, in association with Mahjong Mafia presents All of Our Parents Are Asian: Comedy Show!

Tickets: $25 online | $30 door (one drink included with ticket. Drink menu will be available at the venue day of show. Food not included) Can not guarantee door/standing room tickets.

S﻿tay for drinks and Karaoke after the show!

The Tita Collective is an award winning all Filipina ensemble of multidisciplinary artists, composed of award-winning actors, comedians, singers, musicians, dancers, playwrights and creators, based in Toronto, Ontario, Canada. (www.titacollective.com)

Affirmative (Re)action is a Pan-Asian improv troupe from Toronto, Canada that consists of Second City Conservatory grads, commercial actors, podcasters, stand up comedians, and Canadian TV writers. Independently they have performed at multiple international improv festivals. You can also catch them at their hit show every month “All of Us Are Asian” and in the “Beer Beer Comedy Show!” (@affirmativeimprov)

We have designed and built a thoughtfully and unapologetic space to share the best of Asian culture, food, drink, arts and programming for the community at large. Chef-driven dining experience, uniquely hand-crafted libations, a uniquely curated Asian bodega, multi-dimensional, night market-inspired space and speakeasy with an authentic soju, baiju & sake bar alongside a secret anju experience. (www.superfresh.to)