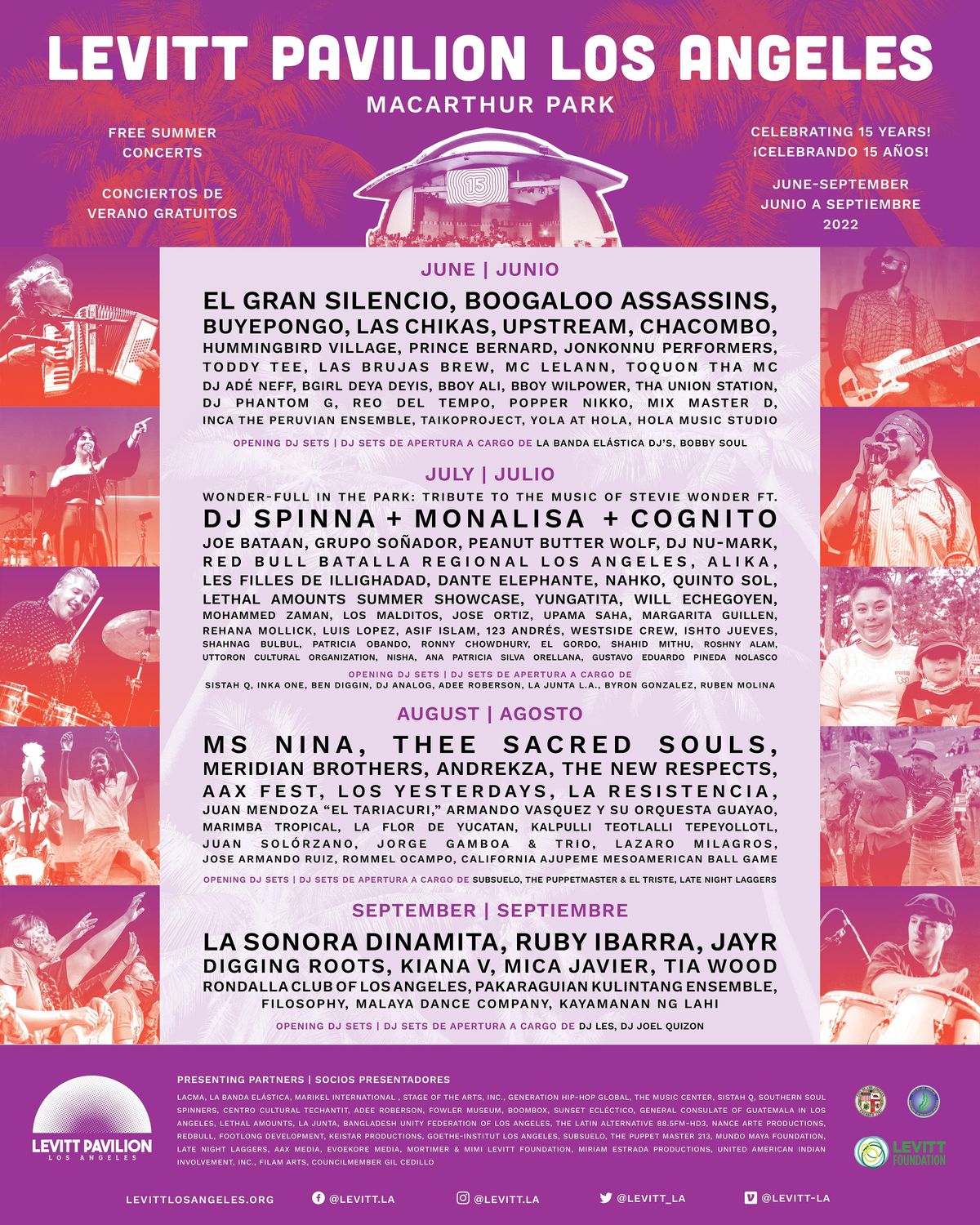 Acclaimed MC and lyricist Alika began her musical career as a founding member of Actitud María Marta, one of the first female rap bands from Argentina and Latin America. A few years after forming the band, she began her independent solo career, first gaining recognition in the reggae scene of Argentina and later in the worldwide reggae scene as a dancehall innovator. Alika’s music features engaging lyrics that promote self-confidence and respect while also touching upon about situations and problems that are common in the barrios of third world countries.

Having emerged from the artist/activist community of East Los Angeles in 1993, Quinto Sol a collective of musicians performing roots-reggae woven seamlessly with Latin rhythms like cumbia, rumba, and son. The band is inspired to use music as a tool for awareness for socio-political and economic issues facing their community.

LA native Sistah Q is a DJ, turntablist and music enthusiast. She began her DJ journey in 2012 and has played music at venues all over LA county, San Diego and Mexico over the last 10 years. She is an open format, multi genre music collector and a graduate of the Beat Junkie Institute of Sound. You can catch her spinning all styles of reggae, ska, hip hop, punk, darkwave, throwbacks and more at local bars/venues in LA.