A Junteenth Tribute to James Baldwin on Zoom 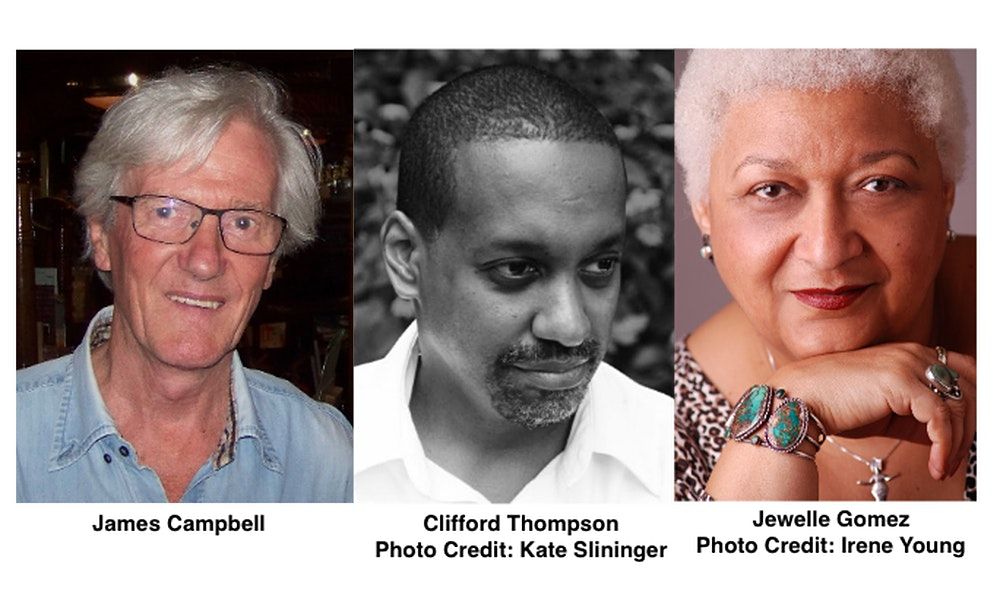 James Baldwin's personal life and literary legacy are explored. Cosponsored by American Library in Paris
About this Event

Cosponsored by American Library in Paris

James Baldwin's personal life and literary legacy are explored through his diverse life-long friendships and muses, his front-line political activism, and his cross-cultural connections and influences while living in Paris. This up close and intimate conversation includes British writer and former editor of the Times Literary Supplement James Campbell, author of Talking at the Gates: A Life of James Baldwin who knew Baldwin in Paris, Brooklyn based writer/essayist Clifford Thompson, What It Is: Race, Family and One Thinking Black Man's Blues and host Bay Area writer/poet and playwright Jewelle Gomez, Waiting for Giovanni.

Please note that the World Literature Book Group will be reading Baldwin's Giovanni's Room for a book discussion on June 9 at 7:00 - 8:15 pm on Zoom.

For more information on the World Literature Book Group's discussion of Giovanni's Room, click on the link below:

James Campbell is the author of This Is the Beat Generation: New York, San Francisco, Paris, Exiled in Paris: Richard Wright, James Baldwin, Samuel Beckett and Others on the Left Bank, and Invisible Country: A Journey through Scotland. He works for the Times Literary Supplement.

Clifford Thompson’s work has appeared in publications including The Best American Essays 2018, Washington Post, Wall Street Journal, Threepenny Review, and Village Voice. He is the recipient of a Whiting Award for nonfiction and teaches at New York University, Sarah Lawrence College, and the Bennington Writing Seminars. He lives in Brooklyn, New York.

Jewelle Gome, playwright, novelist, poet and cultural worker is the author of eight books including the first Black Lesbian vampyre novel, The Gilda Stories.. Her trilogy of plays about African American artists in the first half of the 20th century, Waiting for Giovanni, Leaving the Blues, and Unpacking in P'Town was commissioned by New Conservatory Theatre Center in San Francisco where she is playwright-in-residence. Follow her on Twitter and Instagram @VampyreVamp.