A Gig for Greg 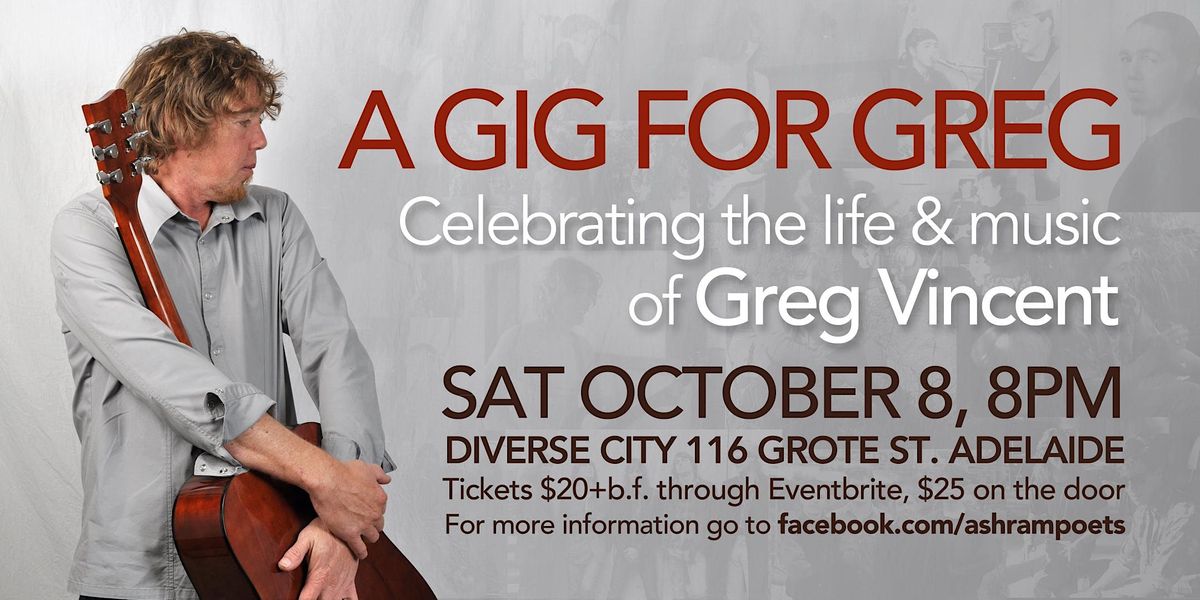 Adelaide singer, songwriter and bassist Greg Vincent passed away on February 7, 2021, leaving behind a legacy of nearly forty years worth of songs, lyrics and recordings made in conjunction with the many bands he helped to create in both Adelaide and Sydney. His formidable bass playing style was highly regarded in the Adelaide music community, as were the songs that documented his experiences of life in the city of churches in the 1980s and 90s.

A one-time only event has been organised to celebrate the life and music of Greg on Saturday October 8, 2022 to be performed at Diverse City, in the heart of Adelaide, South Australia. Members from the bands Primitive Painters, Fortune Tellers, Morning Glory, Cartoon, Puppethead and the Ashram Poets will appear together live onstage for the first time in many years to perform this rich back catalogue of material, accompanied by video and photography to form a vivid history and retelling of the vibrant Adelaide music scene in the 1980s and early ‘90s. Proceeds from ticket sales of the album go directly toward a benevolent fund to provide for the education of Greg’s daughter Florence. The album ‘Songs For Florence’, a limited-edition release of demos, early recordings and unreleased album tracks tracing Greg’s songwriting from the early 1980s to the present, will be available on the night.

Entry is $20 + booking fee (incl GST) or $25 at the door on the night. If you have already purchased 'Songs For Florence', your name will be on the door and entry is free.

For more information on the event, go to facebook.com/ashrampoets