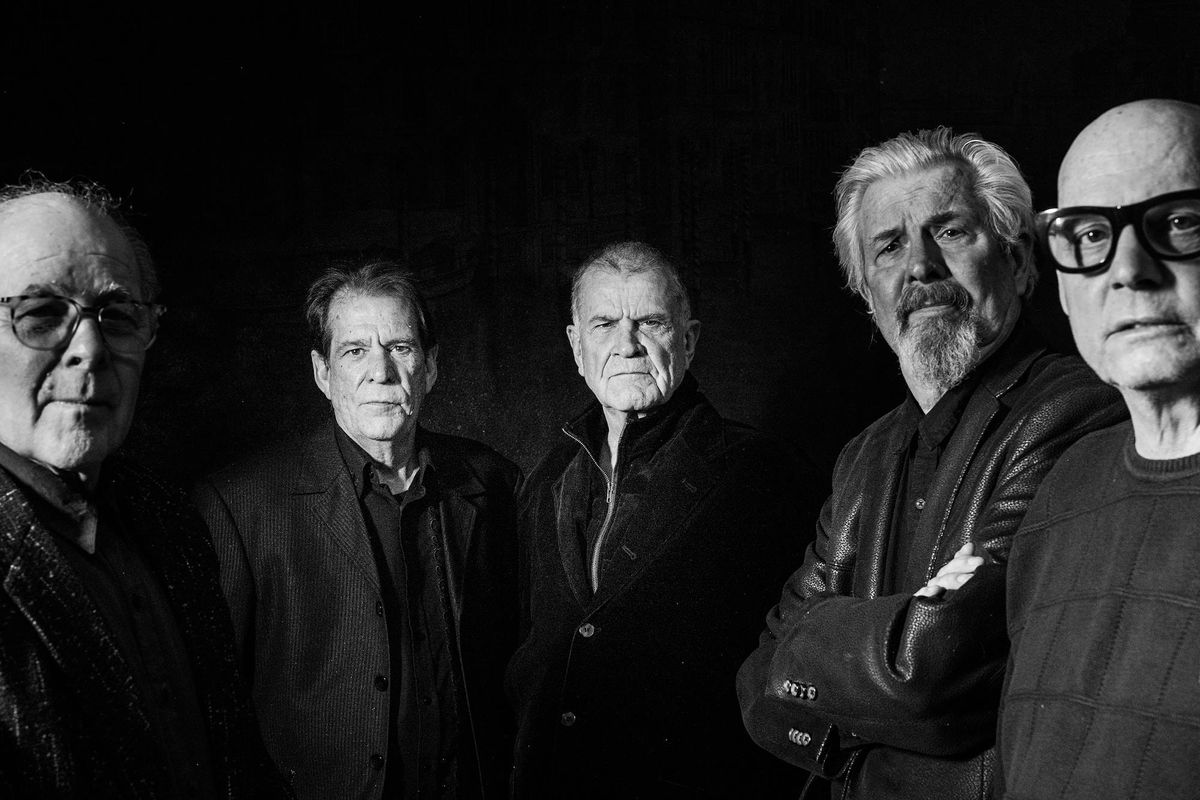 Advertisement
The music "cannot be categorized", "cannot be defined", "is too original".
About this Event

15 60 75 The Numbers has been praised by almost every national music publication and several international publications since the beginning of their 50 years of live performances and recordings. Many fans are under the impression that the band remains obscure by choice. In fact, they have never been offered a contract from any recording company in the industry, ever.

The music "cannot be categorized", "cannot be defined", "is too original". The music industry is not about music anymore. It is about selling products the public can relate to. After all, it is a business. Even "alternative" music has become a label. The founder of the band, Robert Kidney, explains, "The music industry, the media, and the tellsusourvision (TV) are defining for the American public what is good music by only playing and supporting what is profitable. We are taught to disregard everything that is not familiar. We (The Numbers Band) give the people our best. Our effort goes into being creative, unique and original. We define our own sound. There are no rules because we don't play the game. We are not in it for the game, we're in it for the music."

So, the band continues to create and evolve outside of the "Rock & Roll" establishment. The majority of the recordings were financed by friends who loved the music enough to put up their own money. Hundreds of photographs taken of the band in different stages of it's existence by different amazing people tell a story of intense performances, long nights, and the passing of time. Band members have come and gone, and returned again. Robert sees music as much more than an emotional release or a performance. It is a job, a job for which he demands respect and payment for services.

Robert Kidney picked up a guitar and began teaching himself to play when he 16. He bought a 45 record called Guitar Boogie Shuffle and his cousin, Larren Hesson, taught Robert the licks. He also taught him to play one of his favorite songs, Riders On The Storm. At 17, Robert played solo in coffee houses and also opened for several acts at La Cave in Cleveland such as Linda Rhonstadt and the Stone Ponys and Janis Ian. He never found the time to learn to read music. After a short stint in the service in Chicago, he moved back to northeast Ohio in the spring of 1969. A friend, Gary Hawk, had formed a band called Pig Iron in Wadsworth, Ohio. Robert opened for them at the Akron Art Museum and several band members asked him to come to a rehersal sometime. When Robert did show up, Gary had left the group, and the remaining members wanted him to be their front man. Robert changed the name of the band to 15 60 75.

The title of the band has always aroused curiosity from fans. The fans called them The Numbers because it was easier than trying to get the figures right. Numbers had not been used in a name before, and the political climate in 1970 was quite Orwell-ian. Robert choose a sequence of numbers mentioned in a book written by Paul Oliver called The Blues Fell This Morning. In the chapter "The Jinx Is On Me", Oliver describes the Numbers Racket popular in Harlem in the 1950s and how dreams were analyzed as number sequences and used for placing bets. The band's music theory specialist, Terry Hynde, also discovered that 15 divided 15 is 1, 60 divided by 15 is 4, and 75 divided by 15 is 5. In a musician's world, "1, 4, 5," is referred to as the "universal progression".

The band resides in northeast Ohio. They have several recordings under their belt and more music than they can afford to release. Robert has recorded and toured with Anton Fier and his Golden Palominos. Robert and his brother, Jack, have toured Holland twice. The brothers also traveled to London, England in 1998 to perform in the Disastodrome! production by David Thomas. The entire band went to London to perform at the Royal Festival Hall in 2000. For more information on the production, and The Kidney Brothers, go to The Brothers And The Blues Abstract. This band has an incredibly interesting history. Continue with reading Modern Is Just Old Hat Chromed. A History., or better yet, go to The Schedule and check them out live.