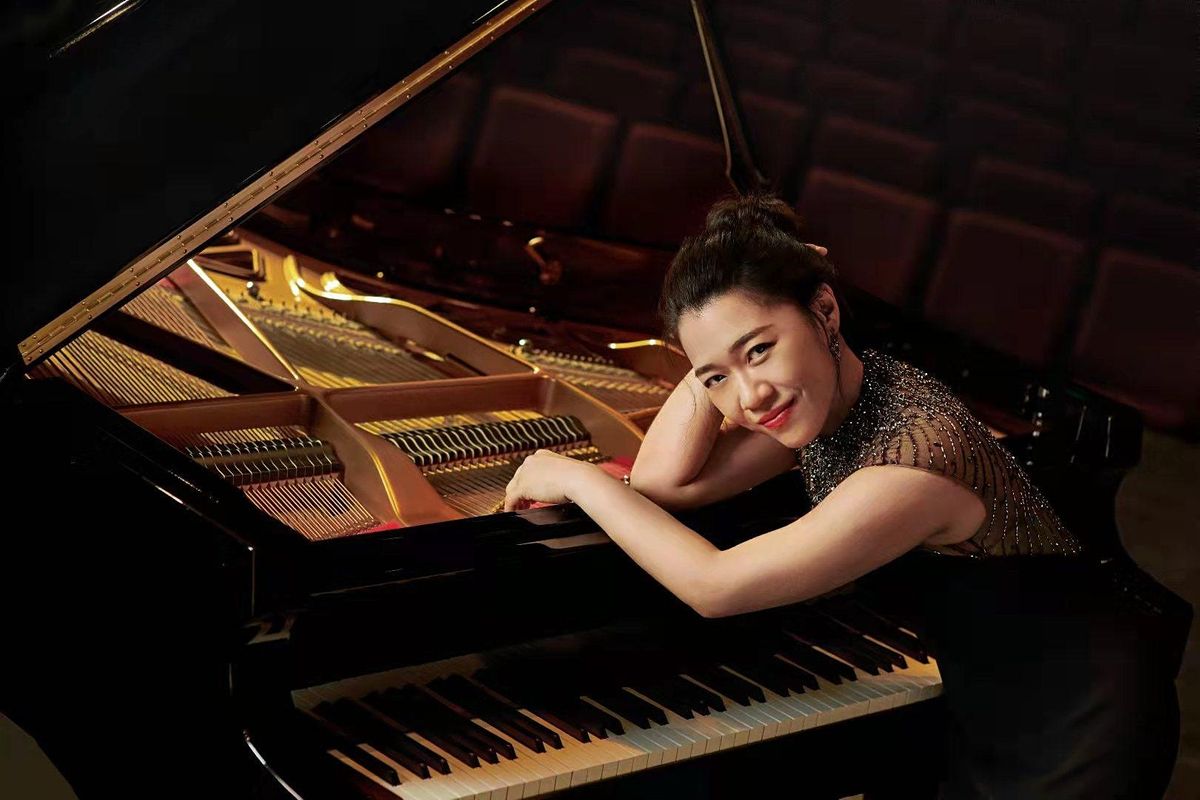 Ching-Yun made her concerto debut at the age 13 on a tour in Japan and Taiwan. She made her Aspen Music Festival debut at age 16, playing Prokofiev Concerto No. 3. A year later, she performed Grieg Piano Concerto to a sold-out house at the Academy of Music in Philadelphia with the Philadelphia Orchestra. After her successful Lincoln Center recital debut at Alice Tully Hall in 2007, she has continued to perform at prestigious concert halls and music festivals across the globe.

Ching-Yun offers eclectic programming each season, ranging from standard repertoire to world premieres. Besides regularly performing piano concerto of Mozart, Beethoven, Chopin, Rachmaninoff, she gave the world premiere of “The Red Cliff” piano concerto by Yiu-Kwong Chung, with the Chamber Orchestra of Philadelphia at the Kimmel Center (2016). This performance was followed by the concerto’s Asia Premiere at the National Concert Hall in Taipei with Chung himself conducting (2019). Considered a star pianist in Asia, Ching-Yun curates an ambitious recital project titled “Ching-Yun’s Four Classical Seasons”, performing four distinctive recital programs throughout 2020 that covers over 30 cities worldwide.

Ching-Yun received a Classical Post Award for the “Most Innovative Instrumentalist” in the piano category (2018) for her innovative and entrepreneurial projects. Equally at home in live concert setting as in virtual events, she initiated and performed a charity concert for youth education that raised over US$27,000, live streaming directly from her Facebook Page.

As an award-winning recording artist, her debut album “Ching-Yun Hu plays Chopin” (ArchiMusic) won the Best Classical Album of the Year by the prestigious Golden Melody Award. Her recordings by CAG Records and BMop Sound received critical acclaims. Her latest album, “Ching-Yun Hu: Rachmaninoff”, released in 2019, received “Five stars” by the Pianist Magazine in London and was called “essential listening for Rachmaninoff admirers“. The latest recording is now available worldwide digitally on Naxos and Centaur Records.

As a passionate educator and keen advocator of classical music, she founded the Yun International Music Festival in Taipei and the Philadelphia Young Pianists’ Academy (PYPA), which presents the highly-sought PYPA Piano Festival and Young Virtuosi, encompassing intensive recitals, master classes and guest lecture series. She is invited to give master classes and artist residences at universities and music festivals worldwide.

A native of Taipei, Ching-Yun moved to the U.S. at the age of 14 to continue her musical studies at The Juilliard School, studying with Herbert Stessin. She went on to work with Sergei Babayan at the Cleveland Institute of Music and with Karl-Heinz Kammerling in Hannover, Germany. Besides her busy performing schedule, she is an artist in residence and piano faculty at the Temple University in Philadelphia. Ching-Yun Hu is a Steinway Artist. www.chingyunhu.comHailed by The Philadelphia Inquirer as a “first class talent… superb pianist” and by International Piano (London) for “praises follow her around the world”, Taiwanese-American pianist Ching-Yun Hu is a unique presence on the international concert scene. She is the winner of the Arthur Rubinstein and Concert Artists Guild Competitions, and since her debut with the Philadelphia Orchestra and Israel Philharmonic Orchestra, she has continued to perform internationally at major concert venues across the world. Her albums with Naxos, ArchiMusic, and BMop Sound have received critical acclaims and won the prestigious Golden Melody Award for “Best Classical Album of the Year”. Pianist Magazine has called her latest Rachmaninoff album as an “essential listening for Rachmaninoff admirers”. Renowned also as a presenter, curator, educator and a passionate classical music promoter, she is the founder and artistic director of renowned Philadelphia Young Pianists’ Academy (PYPA), and serves on the piano faculty at Temple University in Philadelphia.